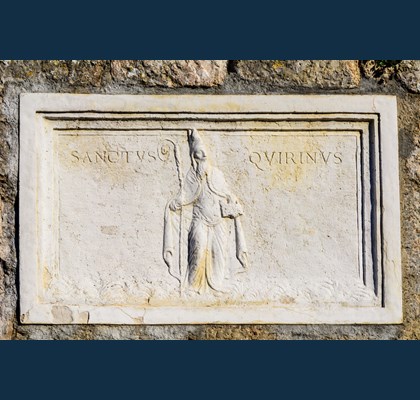 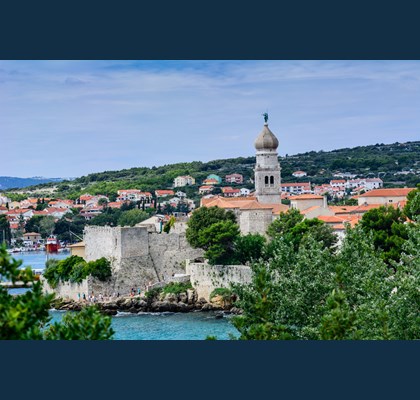 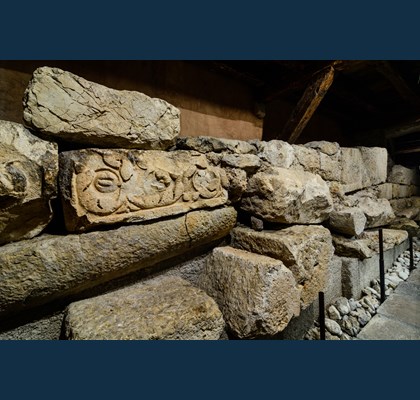 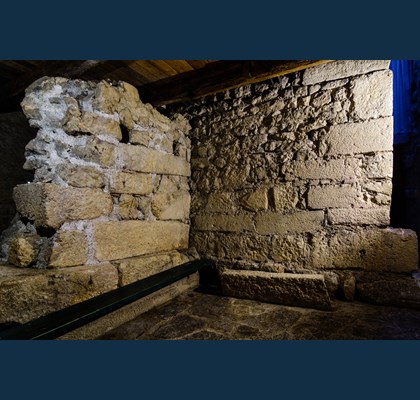 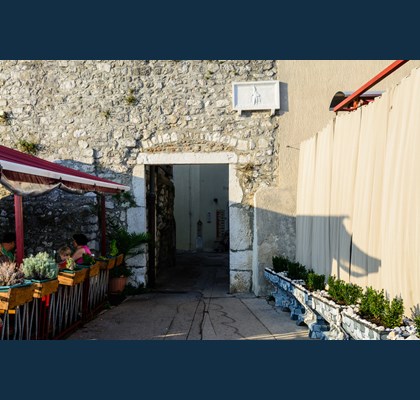 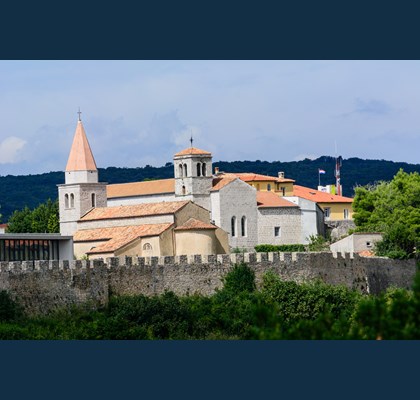 The Krk city walls are a multi-level matter, interesting and challenging both to the experienced eye of an expert and the intrigued eye of an inhabitant or a visitor. Although the cities on our coast are relatively often surrounded by walls, rarely can a city brag with the well preserved entire perimeter of the city wall, which in certain places is up to two thousand years old. We know that the prehistoric city Curicta (Krk) was fortified by walls. This is witnessed by the inscription from the 1st century b. C., which mentions the restoration of the city walls, leading to the conclusion that the walls had already been there. Archaeological research of the western part of the walls, conducted in the 1960s, confirm the statements from the inscription. Dry-walled megalith blocks were also found and they were dated into the 7th and 6th century b. C. This style of construction was used before the Roman style called opus quadratum. Archaeological research on the Vela Placa (Great Market) and within the Perossi house (Volsonis bar) revealed a later antique wall with many spoliae built in it (stellae, Liburni cippuses, parts of architraves...). The city had many city gates, which were the starting points of cardo and decumanus, and the final point of external communication with the city – roads which lead to other island centres, or interest areas (arable land, etc.). The ancient walls already had towers, the later medieval and Renaissance towers can still be seen and they significantly contribute to the appearance of the city. Besides the Castle and its towers, the polygonal tower from the 15th century on the coast and the main city gate, or City Hall (today a café is situated there), the city had at least 7 or 8 smaller towers. Archaeological research and conservationist study of the walls discovered the positions of three more towers on the western part of the walls, one on the north at the place of the Upper Gate, at least one more on the east run and two on the south side, and another at the Pizanska Gate.

The walls that can be seen today emerged mostly during the 14th and 15th centuries, at the time of development of fire arms. This is confirmed by the stylistically identifiable embrasures and the crown (merlons). The great tower on the main city gate also emerged at that time, including the polygonal tower on the coast. The Small Gate was first mentioned in the 14th century.

From the end of the 15th century, or the beginning of the Venetian government on the island, the construction and restoration of the walls was conducted constantly according to plan. The projects by the Krk provveditore A. Vinciguerra are by far the greatest and the most significant, and his plan was the basis for further restorations. The importance of city walls, which might be difficult to understand from today’s perspective, can be seen in the frequent mention of the condition, restoration and construction of the walls in historical sources about the city of Krk.